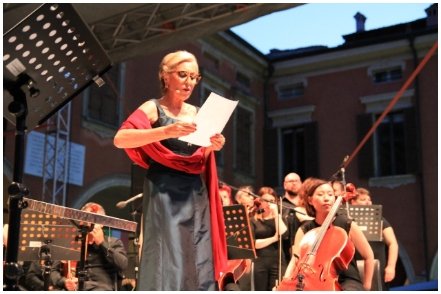 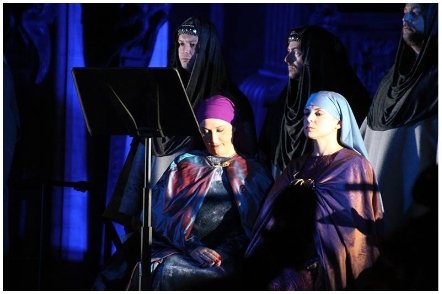 The origins of the Association go back to the 90s. The Association was born from the urge to gather the great names of music with a specific project: celebrating and honoring compositions expressly dedicated to exploring the world of poetry in its many facets and differences.

Focusing mainly on Italian authors from the 18th and 20th century, the Association started concert practices primarily based on the meeting between voice and instruments, combined in a trio or quartet for voice and piano.

In this music scenario, from the very beginning, the Association committed to enhance Luciano Bettarini’s approach to Giovanni Pascoli’s lyric poetry.

Being involved in this specific range of topics, resources and projects were implemented to open a door on the music universe of authors like Bettarini, Casella, Casagrande, Castelnuovo-Tedesco, Dallapiccola, Ghedini, Giordano, Leoncavallo, Mortari, Perosi, Pizzetti, Puccini, Refice, Respighi, always taking into consideration the relation between voice and instruments.

Simultaneously, it was created a network of relations linked to the promotion of the territory of the Association, to also explore the 18th century and early 20th century Italian production in relation to poetry.

In this regard, it is highlighted the effort to build multinational and cultural bridges and interchanges, and to promote this activity in close collaboration with Institutions such as the Municipality of Sassuolo, the Province of Modena, the Arturo Toscanini Foundation and the Modena’s Cassa di Risparmio Foundation, which led to the Sassuolo Musica Festival /Musik-festival project. Created in the year 2000 and hosted by Master Beatrice Bianco as creative director, the event led to the rediscovery of both chamber music and symphonic and opera music, and of the composing technique of the detected historic contexts.

Maybe obsolete, but not less attractive, titles were brought again to the fore; as far as poetry scene is concerned, operas such as Mascagni’s “Isabeau”, directed by Riccardo Canessa, and Cilea’s “L’Arlesiana”, directed by Vittorio Sgarbi.

Regarding the 18th century, both its cheerful and serious facets were explored, with plays such as Leonardo Leo’ s ‘Lo matremmonio annascuso’ , directed by the director and choreographer Nopolitano, and Luigi Cherubini’s ‘Ifigenia in Aulide’, directed by Beppe de Tomasi.

Since 2007, the project has found new openings establishing relations with the municipality of San Lazzaro di Savena (BO), which led to the coordination of moments at the “Bologna in Musica” Festival, essentially chamber-like/vocal moments, enhanced by venues provided by Villa Cicogna and by the Courtyard of Palazzo Comunale.

Under this perspective, we can also see the collaboration back in 2008 with the Bologna’s Municipal Theatre, on the occasion of Bellini’s “Norma” and, especially, of the extraordinary and modern very first revival of Leonardo Leo’s “Olimpiade”, critical reviewed and musically directed by Master Alessandro d’Agostini, with the theatrical direction of Antonio Petris, on the 21st of July of the same year.

Under the aegis of Professor Gianni Baratta, the Association was demanded to execute a new undertaking in collaboration with Veneranda Fabbrica Del Duomo Di Milano, which on the 17th of May 2011 embodied the Concert for the Beatification of John Paul II, titled ‘Le celebri Avemaria’, then hosted again in Bologna at Piazza Maggiore on the 4th of October of the same year and, in 2015, at Saint Irene’s church in Lecce and in the beautiful 13th century Molfetta cathedral.

Since then, the relation with the Milano cathedral led to a series of brave and agreed musical choices, such as the Giovanni Battista Pergolesi’ s Oratorio “The death of Saint Joseph”, for solos and orchestra on the 10th of November 2012, hosted again in Budapest on the 6th of January 2013. Followed by, in 2013, Domenico Cimarosa’s “the Sacrifice of Abraham”, critical reviewed by Alessandro D’Agostini, and in 2014 by Alessandro Scarlatti’ s “Sedecia King of Jerusalem”.

Finally, in 2015 at the end of the Milano EXPO, the two trends of the musical activity of the Association gathered, proposing Umberto Giordano’ s “Mese Mariano”, and Lorenzo Perosi’s “The Resurrection of Christ”, with the staging assigned to Artemio Cabassi. Between 2016 and 2018, new tracks were given a new life, such as Paisiello’s “The Passion of Jesus Christ” and Vivaldi’s “Eurilla and Alcindo”, with the review and transcription by Luciano Bettarini.

Always with the aim of evaluating the interactions between music and poetry, in the latest years the Association has been looking for new music paths, both exploring the fairy tale world and celebrating the contribution of the modern and contemporary world to singing in verse. The so called “auteur song” became, therefore, the object of events such as “Cantautori in concerto” (Songwriters in concert), realized according the lyric performance. Eventually, in 2018, these activities led to ‘Premio Via Emilia la strada dei cantautori’ (Via Emilia Prize – the road of songwriters), now in its 3rd edition, aimed at bringing new generations of songwriters into the spotlight.